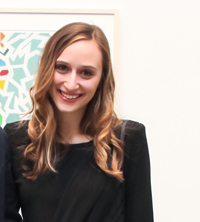 Ariela Alberts is Associate Editor at Artifex Press and Editor of the James Siena Catalogue Raisonné. She has been actively researching Siena’s body of work and collaborating directly with the artist and his studio on this project since 2014. Prior to working for Artifex Press, Alberts contributed research to Shannon Jackson’s “Life Politics/Life Aesthetics: Environmental Performance in red, black & GREEN: a blues” for Performance and the Politics of Space: Theatre and Topology (Routledge: 2013) and to Darcy Grimaldo Grigsby’s book-in-progress, Creole Looking: Portraying France’s Foreign Relations in the Nineteenth Century. She received a B.A. in the History of Art from the University of California, Berkeley, in 2013. 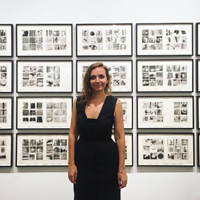 Lindsay Aveilhé is Editor of the Sol LeWitt Wall Drawings Catalogue Raisonné. She has been researching Sol LeWitt’s wall drawings and collaborating with the Estate of Sol LeWitt since 2012. During that time, Aveilhé curated Sol LeWitt and Lucy McKenzie at the Artist’s Institute, New York, and Another Place at 205 Hudson Street Gallery, Hunter College, New York. Recently, in her capacity as Editor, she has presented on various topics related to research on the catalogue raisonné at ARLIS, NY (2018), Association of Art Historians Annual Conference, UK (2018), and Pratt Institute, NY (2017). Forthcoming panels and presentations will take place at Appraisers Association of America, New York (2018), FLAT Art Book Fair, Turin (2018), and HEAD - Genève (2019). In late 2018, she will be taking part in a residency and symposium at the Mahler & LeWitt Studios, Spoleto, Italy, on the topic of the artist’s book. 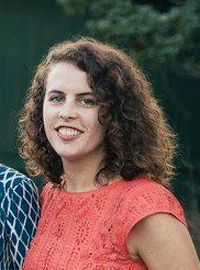 Hannah Barton is Editor of the Tim Hawkinson Catalogue Raisonné and Editor of the Lucas Samaras: Boxes Catalogue Raisonné. She graduated with a dual Master’s in Art History and Library Science from Pratt Institute in 2013, specializing in Art Librarianship as well as Modern and Contemporary Art. In addition to working with Lucas Samaras to create his boxes Catalogue Raisonné, she has also edited the Tim Hawkinson Catalogue Raisonné (Artifex Press, 2015), and continues to collaborate with both artists on the upkeep of their respective catalogues. Hannah has previously held positions in the libraries of the Frick Collection and the Museum of Modern Art with the New York Art Resources Consortium, and the Whitney Museum of American Art. 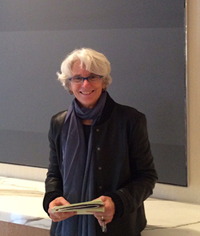 Tiffany Bell is Editor at Large of Artifex Press and Editor of the Agnes Martin Catalogue Raisonné. Bell was a co-curator of the 2015-2017 traveling Martin retrospective that visited the Tate Modern in London, Kunstsammlung Nordrhein-Westfalen in Düsseldorf, the Los Angeles County Museum of Art, and the Solomon R. Guggenheim Museum in New York. She was the director of the Dan Flavin Catalogue Raisonné project, which resulted in the publication of Dan Flavin: The Complete Lights, 1961-1996 (Dia; Yale University Press: 2004), and served as curator for several museum and gallery exhibitions of Flavin’s lights. Bell has taught in the art department at Pratt Institute and has worked for many years as a freelance curator and art critic with articles appearing in Art in America, Arts Magazine, and Artforum, among other publications. 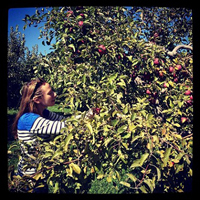 Sara K. Davidson is the Senior Editor of Artifex Press and Editor of the Jim Dine Catalogue Raisonné. She has been extensively researching Dine’s sculptural practice since 2010. She contributed writing to the catalogue Peripheral Visions: Italian Photography in Context (Charta: 2012). She has previously held positions as the Cataloguer of the Evening Sales of Contemporary Art at Phillips de Pury & Company, and as Director of Marvelli Gallery in New York. 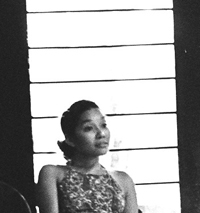 Carina Evangelista is Editor of the Chuck Close Catalogue Raisonné. Her research, curatorial, and publishing work straddles the United States and the Philippines. Her museum credentials include the Museum of Modern Art, New York, where she helped organize a number of exhibitions, including the traveling retrospective for Chuck Close; and the Delaware Center for the Contemporary Arts, Wilmington, where she served as Curator. A regular writer on Philippine contemporary art, she is contributing author to a number of publications, including Bastards of Misrepresentation (2010), retrospective exhibition catalogues for Roberto Chabet (2011) and Constancio Bernardo (2014), and Chabet’s monograph (2015). Her creative practice has included writing the libretto for Manhid (The Benumbed), staged by Ballet Philippines in 2015, and participation in the 2018 Manila Biennale: Open City. 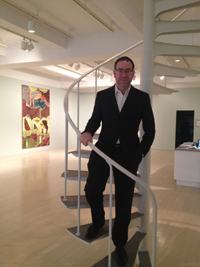 David Grosz is President of Artifex Press, a publisher of digital catalogues raisonnés and a developer of catalogue raisonné software. Grosz was previously Editor in Chief of Artinfo.com, a catalogue editor at the Guggenheim Museum, and Managing/Literary Editor at Grand Street. In 2011, he was a columnist for Sotheby's magazine, writing on art and technology, and from 2005 to 2007, he was an art critic for the New York Sun. His writing has also appeared in Slate, Modern Painters, the New Republic Online, Art News, the New Criterion, and the Forward, among other publications. 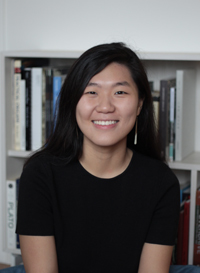 Christine Shang-Oak Lee is Director of Research of the Lee Ufan Catalogue Raisonné and Research Assistant of the Sol LeWitt Wall Drawings Catalogue Raisonné. Prior to joining Artifex Press in 2015, she held positions at the Judd Foundation, Getty Conservation Institute, and the Society of Architectural Historians. She holds a BA in Art History with Honors from the University of Chicago, where she was also the recipient of the Department of Art History's Visiting Committee Travel Fellowship to fund her thesis research in Japan and Korea. 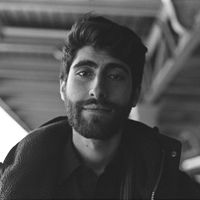 Ashley Levine is the Archivist and Digital Resource Manager of Artifex Press. He holds a B.A. in History and M.A. in Archives and Public History from New York University. Levine previously held archival positions at the New York University Archives, the United Nations, and Lion TV for PBS, and is currently involved with the Society of American Archivists, serving as the Chair of the Lone Arrangers Communications Subcommittee, and the Editor-in-Chief of the SAA Lone Arrangers newsletter, SOLO. 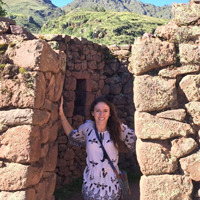 Marianne Stockebrand received her Ph.D. in Art History from Ludwig-Maximilians-University, Munich, in 1979. She organized a retrospective of Robert Irwin’s work at the Kölnischer Kunstverein, Cologne, Germany, where she served as Director from 1989 to 1994. Earlier positions include serving as Director of Westfälischer Kunstverein, Münster, Germany, from 1985 to 1989; and as Curator of Krefelder Kunstmuseen, Krefeld, Germany, from 1979 to 1985. From 1994 to 2010, she was Director of the Chinati Foundation, during which time the foundation’s collection expanded to include an installation of poems by Carl Andre (1995); an installation in fluorescent light for six buildings by Dan Flavin (2000); and the John Wesley Gallery (2004). Stockebrand continues her scholarly work and lectures at museums internationally. 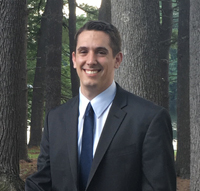 Christopher Vacchio is the Director of Research of the Sol LeWitt Wall Drawings Catalogue Raisonné. He recently served as Research Fellow at the Aspen Art Museum and contributed to the catalogue for the museum's exhibition Alan Shields: Protracted Simplicity (1966-1985). He has also held positions at the Hood Museum of Art at Dartmouth College, Judd Foundation, and as Curatorial Fellow at the New York-based nonprofit Art in General. He received a B.A. in Art History and Studio Art from Dartmouth College, and is an M.A. candidate at the City University of New York's City College.

By entering your email and clicking "Subscribe," you consent to joining the Artifex Press mailing list. You may unsubscribe at any time by clicking the link in the footer of our emails or by contacting us.

There are currently no job or internship openings at Artifex Press; however, interested candidates can send resumés to jobs@artifexpress.com, which we will keep on file.